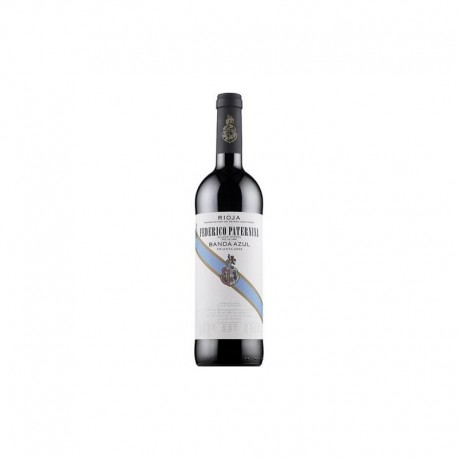 Federico Paternina is a benchmark among Spanish wineries. Inaugurated in 1896, in Ollauri (La Rioja), it has based almost all its history on land in this wine production area. Since then, it is characterized by maintaining the tradition both in the cultivation and in the production of its wines. Although, they are also committed to adopting the latest trends.

More than 100 years, since Federico Paternina founded this winery in the Rioja Alta, in a place whose underground cellar dates from the sixteenth century.

In 1956, the Paternina winery received in La Rioja one of the most illustrious figures of American literature: Ernest Hemingway. An important moment, since the writer's passion for Spain, its culture and, of course, the wines of Paternina is known.

After passing through different owners throughout its history, finally in 2014 Marqués de la Concordia acquires Paternina and from then on becomes part of this winemaking group. Currently, it is still a respected and valued name among wines with Rioja designation of origin.

Paternina Banda Azul Crianza is a reference wine among the reds of the denomination of origin of Rioja. This wine, of intense ruby red color, presents a wide and intense flavor in the mouth. In addition, its characteristic aroma of oak obtained during its aging months.

This red wine, with designation of origin La Rioja, ferments in stainless steel tanks at an average temperature of 25º. Several daily pumps are made to unify its temperature and obtain its best color. The wine is then aged for 12 months in American white oak barrels to reach its maximum softness. This process is interrupted every six months to carry out the traditional transfer from barrel to barrel. Finally, the wine goes into the bottle to continue its natural evolution.

Destemming of the bunch and smooth grinding of the berries. The fermentation was carried out in contact with the skins and with several daily pumping overs. The temperature was 25 ºC.

Ruby red with tile iridescence, bright. With excellent reduction tone. Very elegant on the nose, given its fine bouquet of aging and the memories of vanilla. Very polished in the mouth, fleshy and complex.