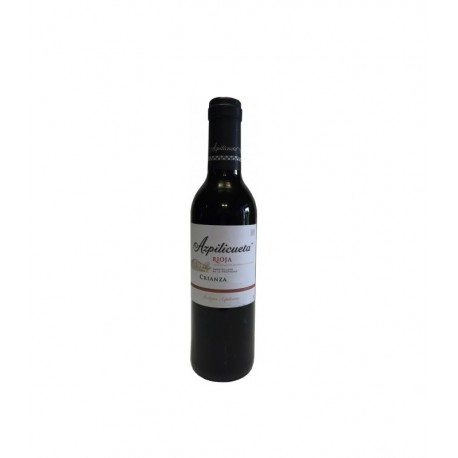 It has 10 to 20 days of production at a temperature of between 28 and 30 ºC and aged for 12 months in French and American oak barrels in equal parts, with different toasted to enhance the aromas of the varieties and 7 to 12 months in bottle.

Bodegas Azpilicueta is the result of evolution and adaptation to new times, since its origin in 1881. So much so that, at the beginning of the 90s, he decided to reinvent himself by developing a new range of wines with the idea of marking the line to follow in the new winery in which he was working, as well as to recover the style of the old crianza and reserva wines of the area.

Félix Azpilicueta Martínez is the one who, in 1881, sows the germ of this winery taking charge of a small vineyard in Fuenmayor and founding the Bodegas del Romeral. He is also one of the most important figures in the history of Rioja wine since he managed to install the first transfer station in Spain and participated in the first exports of Rioja wines.

In 1963 it carried out a merger with two other neighboring wineries: "Las Veras", of Cruz García, and "Bodegas Entrena", of Melquíades Entrena. Together they formed AGE (the acronym for Azpilicueta, García and Entrena), which soon became a reference in Rioja.

Color: it has a cherry red color with purple flashes.

Nose: subtle aromas of vanilla and quince. In its aroma you can clearly perceive ripe fruits, fine wood and spices.

Palate: it is fresh, soft and with clear Rioja flavors.