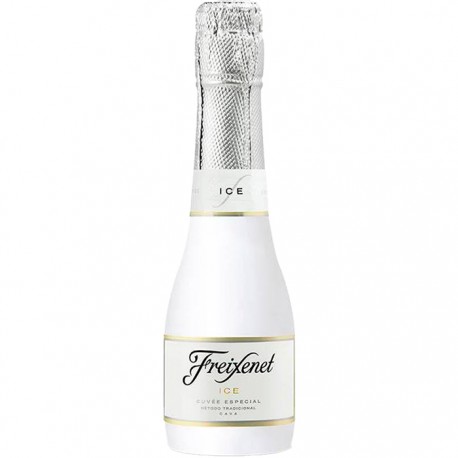 Mini bottle of cavaideal for all types of food, dinners and parties, weddings, communion and any other type of event.

Joan Sala Tubella, continued with the business and, after the marriage of his daughter Dolors Sala Vivé with Pere Ferrer Bosc, he started the cava business in 1914.

Pere Ferrer Bosch was the son of La Freixeneda, a thirteenth-century estate located in Alto Penedès. The business was expanded and the first labels of cava with the Freixenet Casa Sala brand began to appear. From the first moment they chose to produce exclusively cava, a natural sparkling wine, following the method used in Champagne (France) for a couple of centuries. The cellars were installed in Sant Sadurní d'Anoia (Catalonia), a town located in the heart of the Penedès region. This region was already known since the time of the Roman Empire for the quality of the wines produced in it.

In the 20s and 30s, the impulse of the founders and the security in the quality of their products had already brought notoriety to the firm. Steps were even taken to place it on foreign markets.

The first settlement in the United States (New Jersey) dates back to 1935. The Spanish Civil War, first, and World War II, later, slowed down the development of the company. In spite of everything, the company launched in 1941 what, over time, would become one of its star products, the Carta Nevada cava, and in 1974 the Cordón Negro cava, leader in export.

In the 70s we could say that Freixenetstrong text is already a fully stable and firm brand with a clear vocation to spread internationally.